[Article] 'Inao' from Java's Tale to a famous epic of Thailand by King Rama II. 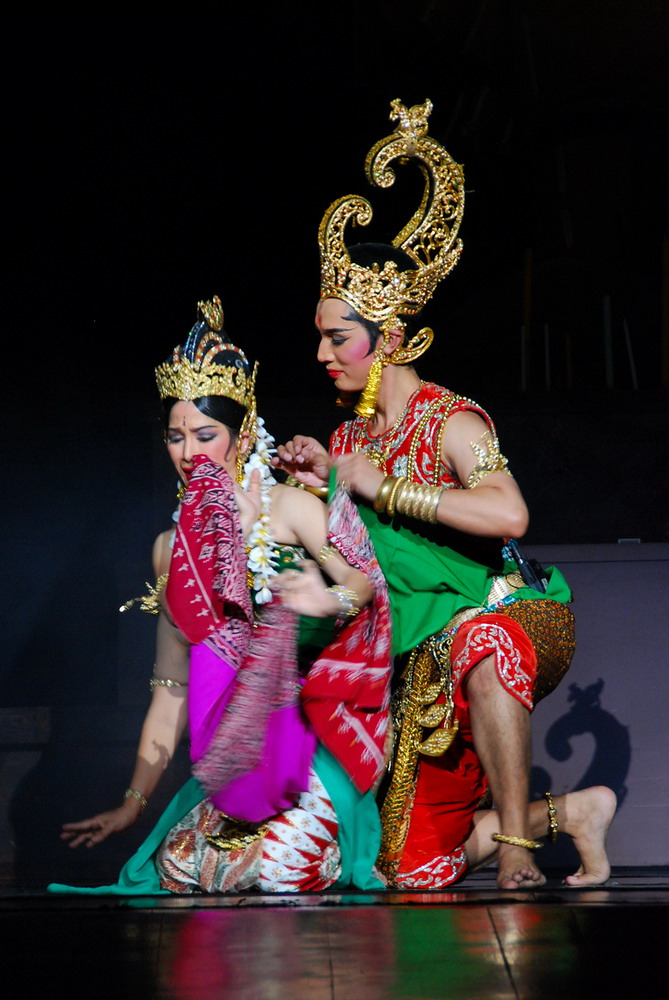 Introduce of 'Inao' Thai's Tale...
Within Southeast Asia a certain amount of borrowing of literary themes has taken place, but not many examples have been studied in detail. A recognized case of such borrowing is the 'Panji' theme, which originated in Java, was popular for a time in the Malay-speaking world, and from there was transmitted to Thailand in a new guise, namely the tale of 'Inao'.

It is a reasonable assumption that during the process of borrowing certain daptations will have occurred. This certainly applies to the somewhat fluid material of the Panji theme, where ample scope seems to have existed for the exercise of creativity on the part of its new authors and audiences. It is the nature of such adaptations that forms an interesting subject for investigation. On the one hand, one would expect the new environment to exert a clear cultural influence, but on the other, the nature of the mediums of expression may also be a factor to consider.

This paper will select just one scene from the Thai tale of ...'Inao'... and look at the ways in which it has been depicted in a range of mediums, from songs and poems to plays and paintings, from the popular to the classic. It will then attempt to indicate the significance of this scène for a Thai audience, at the same time noting what seems to be a specifically Thai contribution, in relation to what was borrowed from earlier models. 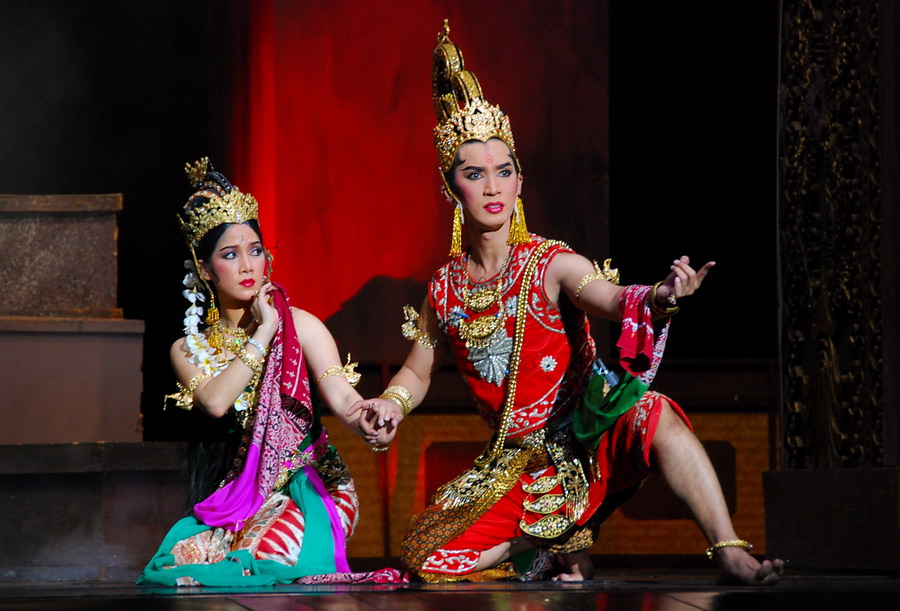 There is a song which is well known to most Thais, with the title of 'Bussaba Sieng Thien'. The verb sieng (low tone) means literally 'to take a chance', 'to guess at', and here it refers to trying to test what the future holds, by the use of a candle, thien. The idea of getting one's fortune told is very familiar to Thais, and there exist many methods of doing this.

'Bussaba Sieng Thien', is very romantic, and anyone can feel its sweetly plaintive appeal. Bussaba is betrothed to Inao, but does not know whether he will be true to her, while Inao does not know if Bussaba is able to love him at all, in view of what he has done. Furthermore, because of their circumstances, they are unable to meet.

A translation of the song is offered below. By way of introduction, however, it should be explained that the setting is thought to be a dark cave. In this cave there stands an image of Lord Buddha. Bussaba lights a candle and pays homage to the holy statue, in the hope that Lord Buddha will grant her prayer, namely that Inao should love her and her alone. At the same time, it is the candle which will give a sign as to whether her wish will be granted or not. She wants it to burn strongly and brightly, showing that his love for her will be true. 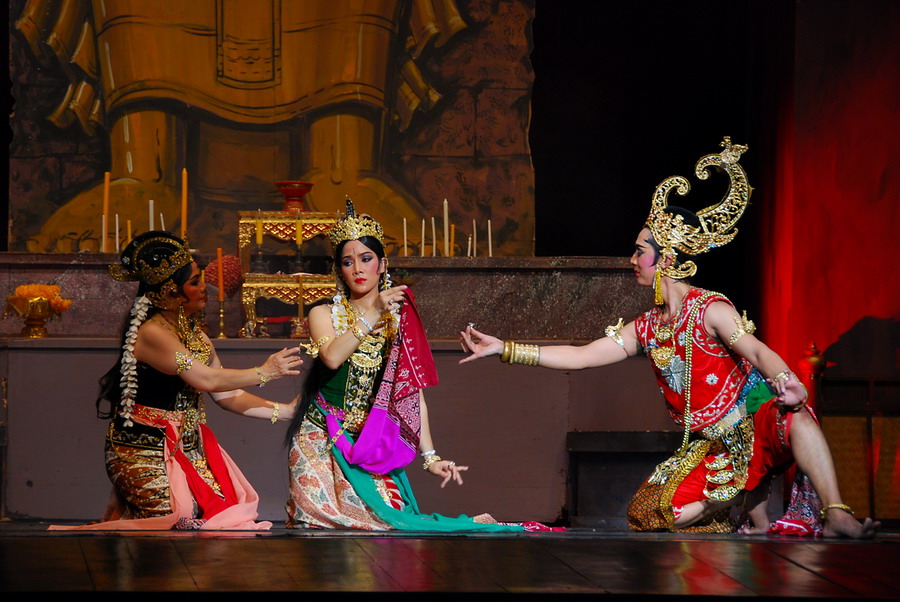 The two characters mentioned in the song, 'Inao' and 'Bussaba', are so wellknown to Thais as to be proverbial lovers. Most people will be aware that their story is told in a very long and much admired poem written by King Rama II (ruled 1809-24), under the title Inao. This literary version is closely linked with the classical theatre, and it is probably the latter, rather than the printed text, which over the years has been instrumental in making the story (at least certain episodes of it) familiar to a wider public.

Although Inao is the work of a famous Thai king, Thais realize that the story has been borrowed, and that the action is set in another country, namely Java, and that the characters are therefore also Javanese. In fact, 'Inao' is a common jocular name for Indonesia, so close is the identification.

In order to find out more about the identity of these two characters, and the circumstances they find themselves in, one should go back to the Inao of King Rama II. A very brief summary of the opening part follows. 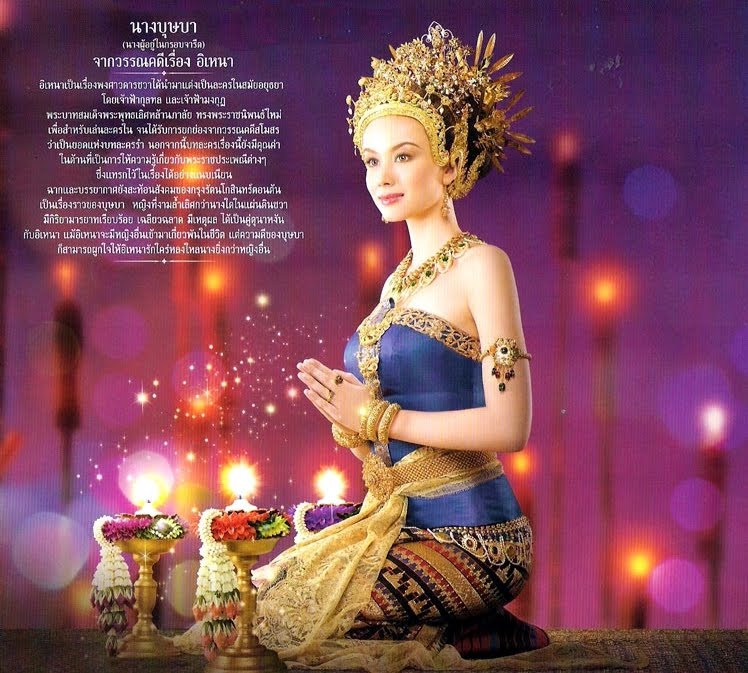 'Inao' (Bussaba Consults the Candle, Scene) Synopsis...
Inao is a son of the king of Kurepan by his first (highest-ranking) wife. He is also known as Raden Montri. Bussaba (pronounced Butsaba) is a daughter of the king of Daha by his principal wife. On her birth, the king of Kurepan sent betrothal gifts on behalf of his son, so the two cousins would be married in due time.

When Inao was aged 15, his grandmother in the kingdom of Manya passed away. He was delegated by the kings of Kurepan and Daha to represent them at the cremation. In Manya he met the daughter of the king, Jintara(wati), and immediately feil in love with her. Following the ceremonies, he did not wish to return home, but was ordered to do so by his father. So before leaving he sent a love-letter to Jintara. The king of Kurepan decided to expedite Inao's marriage to Bussaba in order to avoid any more problems. 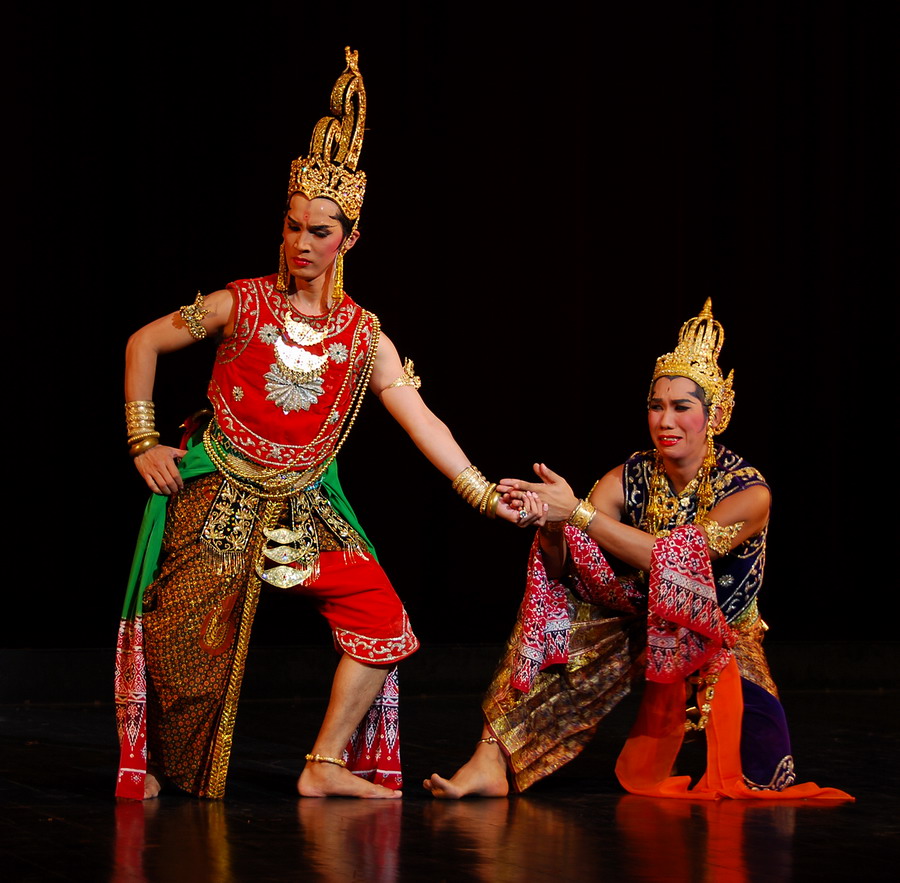 Inao, however, was unwilling to concur, and took leave to go hunting. Having left the palace, he and his followers changed their names and adopted disguises. During this time he won two captive princesses. Then they headed for Manya, where the king (aware of his identity) received him well. There he took the opportunity to enter Jintara's bedroom and make her his wife. She in turn was sympathetic to the two captive princesses - and in this way Inao got three wives.

Inao was then ordered by his father to come home for his wedding to Bussaba, but he sent a message back that he was unwilling. The king of Daha was disappointed, and Bussaba feit she had been put to shame. So she would be married off to anyone who proposed. The king of Joraka, a very ugly man, heard this and proposed, so the king of Daha was forced to accept. 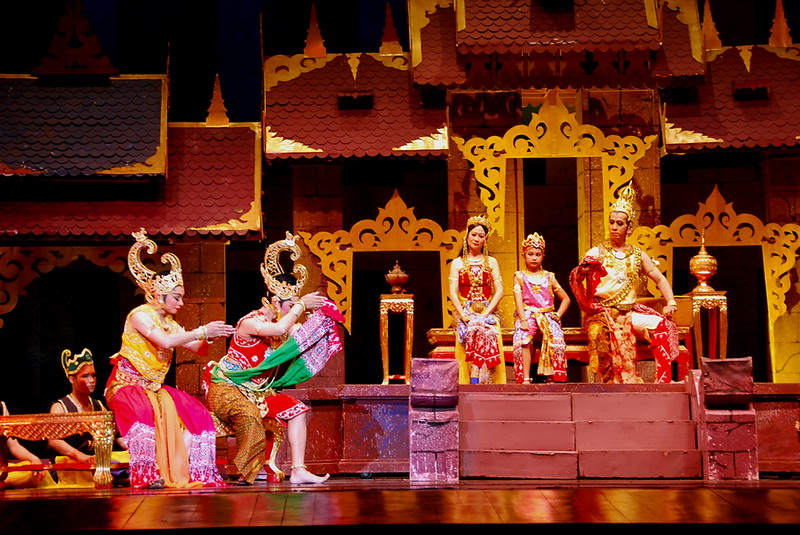 Joraka arrived too late to help defend Daha. Inao was now forced to try to find a way of preventing the marriage of Joraka and Bussaba, the king of Daha was sympathetic to his plight, but had already given his word.

It was at this point that the king of Daha, his wives and followers went out to the mountain Wilismara to make offerings and worship the image there. Inao joined the party, and the Madewi (king's second wife) suggested to Bussaba that she go before the image and find out about her fate using lighted candles. There were to be three of these candles, one for herself, the one on the left for Joraka, and the one on the right for Inao.

In order to get a picture of what happened, and how it has been perceived in the past, we are lucky enough to have a visual depiction in the form of a mural in a temple... 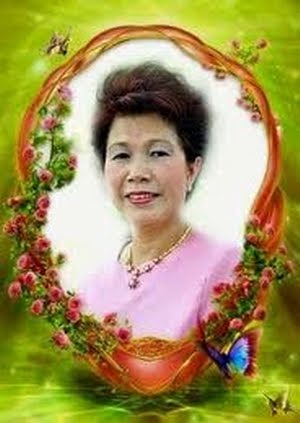